Games have been around for a long time now, and they have changed drastically over the years. In the past decade, mobile gaming has exploded in popularity due to its portability and ease of play.

The best mobile roguelike 2022 is a game that has been in development for years. It is one of the most popular games on the app store and has received many awards.

When I like to play a roguelike or roguelite game while sitting and with a controller in hand, I can’t deny that the genre is particularly well suited to mobile devices. Part of the attraction of mobile games is that you can pick them up, play them for a few minutes, then set them down and go do something else, and given how often you are killed in most roguelikes, there’s plenty of opportunities to do so.

What makes for the greatest mobile roguelikes, before we get to the meat and potatoes? It should be thick, like console roguelikes, with a basic gameplay loop concealing hours upon hours of potential material. Because more frenetic games don’t lend themselves well to that sort of control method, it should also be simple to operate with a tiny touchscreen.

Naturally, these are just my opinions, and although I like to think of myself as an expert, I’m far from being the end-all. That said, I’m fairly sure I can tell when I’m having a good time, and the greatest mobile roguelikes never fail to turn on those tiny lights in my head, as they will for you.

So put on your blasty boots and dive down the well; there’s a bounty of riches waiting for you. Downwell’s simple controls and verticality-centric design, naturally, make it ideal for vertical smartphone or tablet screens. Because your boots are continuously shooting bullets, it’s a bit noisy, so if you’re playing in a public area, turn the volume down.

Downwell is a game that can be downloaded from Google Play and the App Store.

The Legend of Bum-Bo, from the makers of The Binding of Isaac, swaps strategic running and shooting for match-four puzzle action. You get attacks and abilities by matching the different bits of garbage to take out the many stinky monsters that stand between Bum-Bo and his prized currency. But don’t anticipate a stroll in the park; like Isaac, this game isn’t going to hold your hand.

On Google Play and Steam, you may find The Legend of Bum-Bo.

Slay the Spire, which was not initially a mobile game, was released for Android and iOS early this year. On mobile platforms, card games like Hearthstone have huge player bases, so it’s only natural that a card-based roguelike like Slay the Spire would take to it like a duck to water. As you climb the enigmatic Spire, assemble a deck of weapons and actions to face a parade of creatures.

Slay the Spire is a game that can be downloaded from Google Play and the App Store.

Have you ever seen a 90s cartoon where the characters were playing a video game with a lot of blocky figures on hexagons? If Hoplite is any indicator, a game like that is really very enjoyable. Hoplite is a really basic game in which you must lead a Spartan warrior through the underworld. While you may only move one hexagon at a time at initially, shrines unlock additional powers like as spells and ranged assaults, turning Hoplite into a never-ending chess game.

Hoplite is a game that can be downloaded from Google Play and the App Store.

Cells that have died

Many players already own Dead Cells on Steam and may be reluctant to check it out on mobile, but it’s surprisingly good. This is the game for you if you want a roguelike with unlocked items and advancement. Dead Cells is a peaceful game that nevertheless offers a difficult and refreshing experience with each play. There is a lot of material in the game, and you won’t be bothered by intrusive advertisements or daily tasks.

Not to mention, the game remembers your progress, so it’s not a huge issue if you have to set down your phone in the middle of a run. Without a doubt, one of the finest mobile roguelikes available. Dead Cells is a game that can be downloaded from Google Play and the App Store.

When it comes to roguelikes, nothing beats a traditional Diablo-style dungeon crawler, and Sproggiwood doesn’t get much more dungeon crawly than that. Randomized levels, cunning adversaries, and a sweet narrative and visual style based on Finnish mythology and folklore. Even when your teeth are knocked out and you have to start again, you’ll have a big ol’ grin on your face the whole time!

Sproggiwood is a game that can be downloaded from Google Play and the App Store.

If you’re looking for a diet roguelike to take with you on the road, Shattered Pixel Dungeon is the game for you. The deceptively basic pixel visuals conceal a vast variety of randomized dungeon layouts, over 150 objects to collect, and four character classes that may develop and respec into more powerful fighters! And don’t worry, this is a dungeon crawler game made by dungeon crawler lovers for dungeon crawler fans; there are no paywalls, advertising, or treasure boxes. Isn’t it lovely to simply go dungeoneering for the sake of it?

Knight of the Soul

I know I previously said that frenzied, bullet-riddled roguelikes are impossible to do on a mobile platform? It’s worth noting that I didn’t state “impossible.” Soul Knight is a working man’s bullet hell game, due to its simple controls and auto-aiming mechanism. Dodge bullets and equip yourself with over 270 different weapons, ranging from extraterrestrial technology to mystical staves. It doesn’t have to be logical as long as it’s entertaining!

Soul Knight is a game that can be downloaded from Google Play and the App Store.

I’d have two nickels if I had a nickel for every roguelike I’d played that included deadly produce. That’s not a lot, but it’s strange that it occurred twice. Juicy Realm is the second fruit-fighting roguelike I’ve ever played, in which you take on an evil fruit empire, exploring their area and cannibalizing their resources to improve your own. Don’t worry if you’re afraid of fruit. You are allowed to bring up to three friends with you!

On Google Play and the App Store, you can find Juicy Realm.

Cardinal Quest 2 will feel similar to anyone who have played the original Ultima games (pre-Ultima VIII, ideally), but the hard, roguelike boot on your neck may be unfamiliar. As you wipe out enemies in old-school grid-based combat, build up your character into one of seven distinct classes, equipping them with a surprisingly in-depth armor and experience system.

Cardinal Quest 2 is a game that can be downloaded from Google Play and the App Store.

After playing a number of roguelikes, I’ve discovered that you can put one pretty much wherever and it’ll work well. Take it to the stars and defend your wrecked spacecraft in Dungeon of the Endless if you’re bored of brick and stone oubliettes. Set up fortifications around your ship’s core and explore the infinite dungeon under the crash site by assembling a crew of charming rogues, each with their unique quirks and bonuses. I hope you’re a multitasking wizard!

On Google Play and the App Store, you may find Dungeon of the Endless.

Legends of the Otherworld

No matter how many generations of games and cartoons pass, “warriors from many eras and civilizations gather for a huge punch up” will always be one of the greatest narrative concepts. Otherworld Legends is a game in which you command a squad of multidimensional warriors that battle enemies from all corners of reality. On paper, it’s a dungeon crawler, but the precise, punchy controls make it seem more like a traditional side-scrolling beat ’em up, helped along by the wonderfully beautiful pixel graphics overlaid over 3D backdrops. It’s an amalgamation of old and modern, as well as proportions!

Otherworld Legends is a game that can be downloaded from Google Play and the App Store.

That’s all we have for now, but we have lots of more mobile gaming listings for you to peruse. Take a look at our top mobile MOBA games, or maybe gacha games are more your speed. In any case, you’re sure to come upon some hidden jewels.

The best roguelike 2022 is a game genre that has been around for quite some time. However, it has recently seen an influx of new games being released. 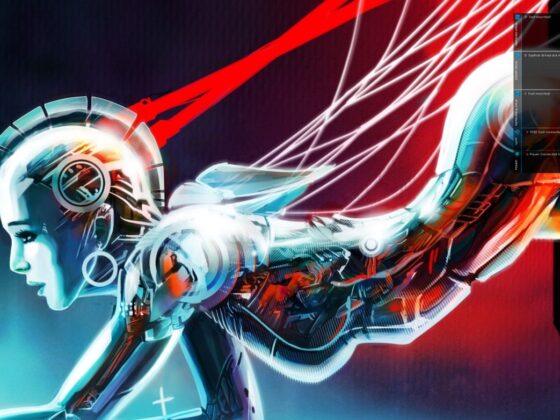 Marvel’s Midnight Suns Is a Tactical RPG From The Developers of XCOM With Iron Man, Wolverine, Ghost Rider, and Blade